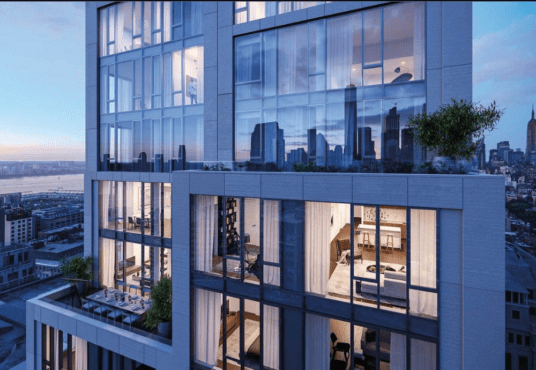 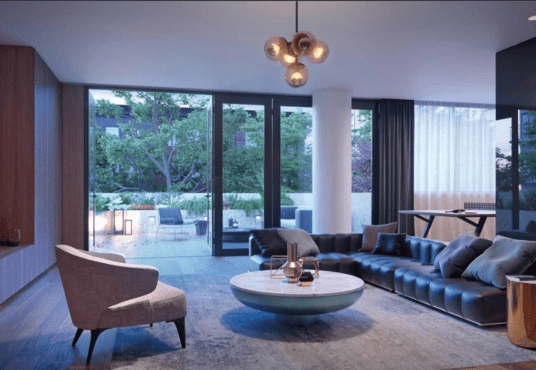 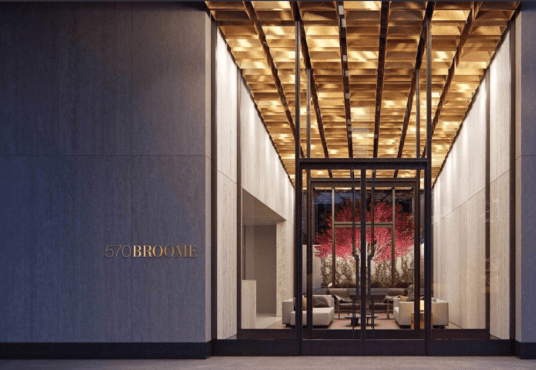 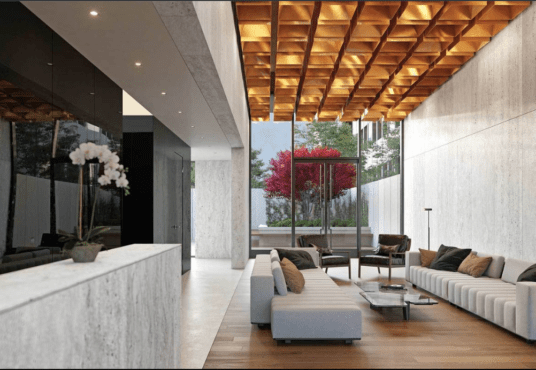 570 Broome is a collection of 54 one to three Bedroom loft-style contemporary residences with iconic New York City views that draw inspiration from the history and style of West SoHo. From acclaimed architect Tahir Demircioglu, with impeccable interiors by Skidmore, Owings and Merrill, the design references the area’s industrial past via soaring ceiling heights and a silhouette evocative of staggered cubes.

Amenity areas at 570 Broome are designed to connect spaces as well as residents. The street level view of the back garden beckons from the moment of arrival. On the second floor, a private lounge with a game room opens onto a landscaped outdoor terrace. The fitness center includes Peloton bikes and a yoga studio. Additional services include a 24-hour attended lobby, complimentary indoor bike storage and private storage units available for purchase.

Quaint cobblestone streets and traditional cast iron buildings point to SoHo’s rich history as a manufacturing hub turned avant-garde artist enclave. Today, the neighborhood remains integral to the city’s creative culture with its many boutiques, art galleries and nightlife hotspots. The former factories of West SoHo are now as likely to house media and tech companies as upscale cocktail bars and modern hotels continue to debut in the area. 570 Broome’s central position on a pedestrian-only block of West SoHo places it within walking distance of other popular downtown neighborhoods such as Tribeca, the West Village and NoLita.