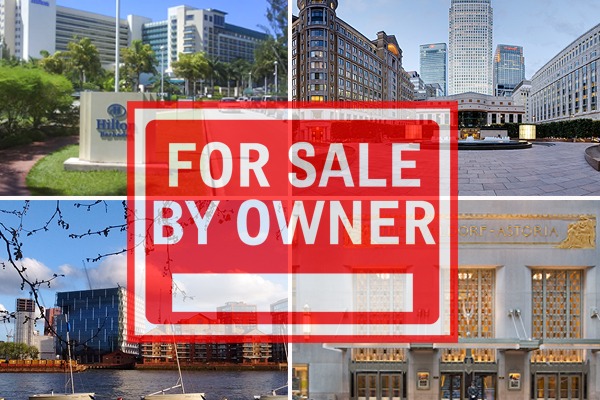 Everything must go: Chinese investors sell off their foreign RE holdings

Everything must go: Chinese investors sell off their foreign RE holdings

Brace yourself for a yard sale

As HNA Group’s debt troubles seem to go from from bad to worse, the company is now planning on selling of about $16 billion in assets in the first six months of 2018, Bloomberg reports.

But HNA is not the only company with a global portfolio whose wings are being clipped by the Chinese government’s efforts to stymie capital outflows: Dalian Wanda Group and Anbang Insurance Group are also putting properties on the market — or being asked to, in the latter’s case, according to Bloomberg.

Here’s a look at what is, or could be soon, on sale from the Chinese investment powerhouses’ holdings: HNA bought a 25 percent in Hilton last year from Blackstone. The terms of the deal prevent HNA from selling its stake until 2019. HNA reportedly approached brokers about a sale of its two London properties in the area.

HNA’s slice of Manhattan
Though the group has not indicated any movement in its New York City holdings, HNA owns 245 Park Avenue, 850 Third Avenue and 1180 Avenue of the Americas. One of London’s largest resi projects, currently owned by Wanda, is officially on the market in the Nine Elms area of the city.

Chicago and Beverly Hills properties
Wanda is also reported to be selling off its last two foreign development properties, which cost the company a combined investment of $2.1 billion. Anbang bought the property, now closed and under renovations, for $1.95 billion.